This is a Sudoku puzzle: 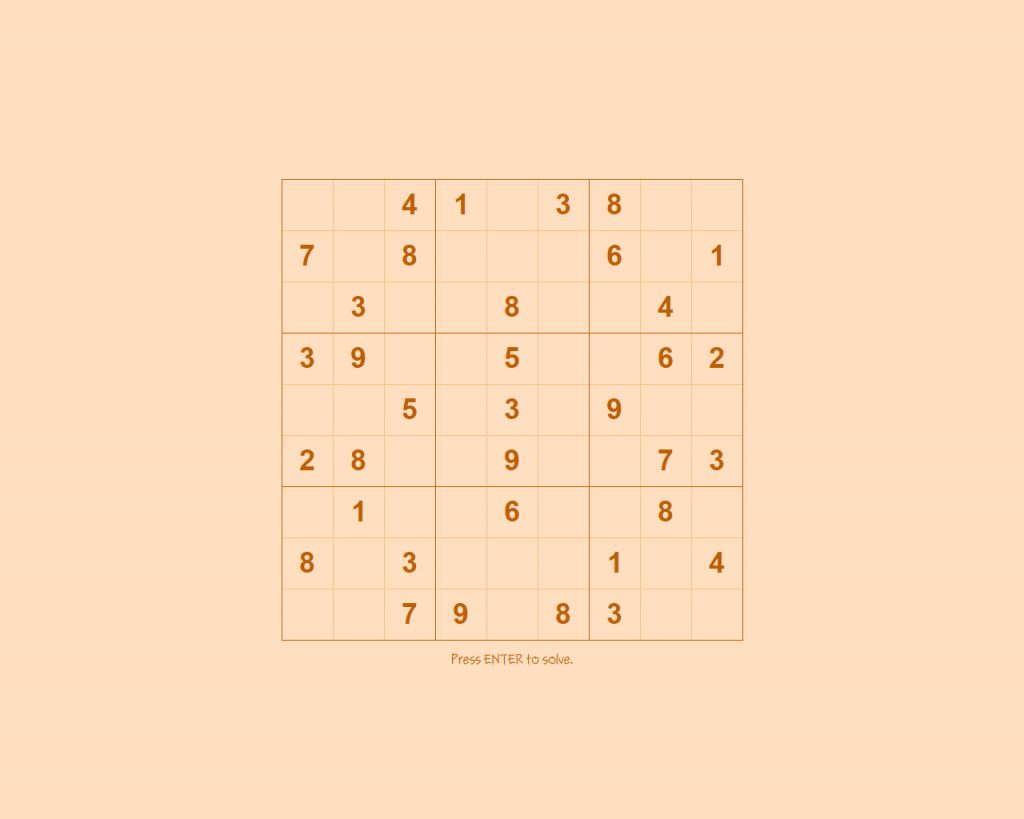 The object is to get one, and only one, of each digit in each row, column, and 3-by-3 block.

This is what it looks like after my Plain English program solves it: 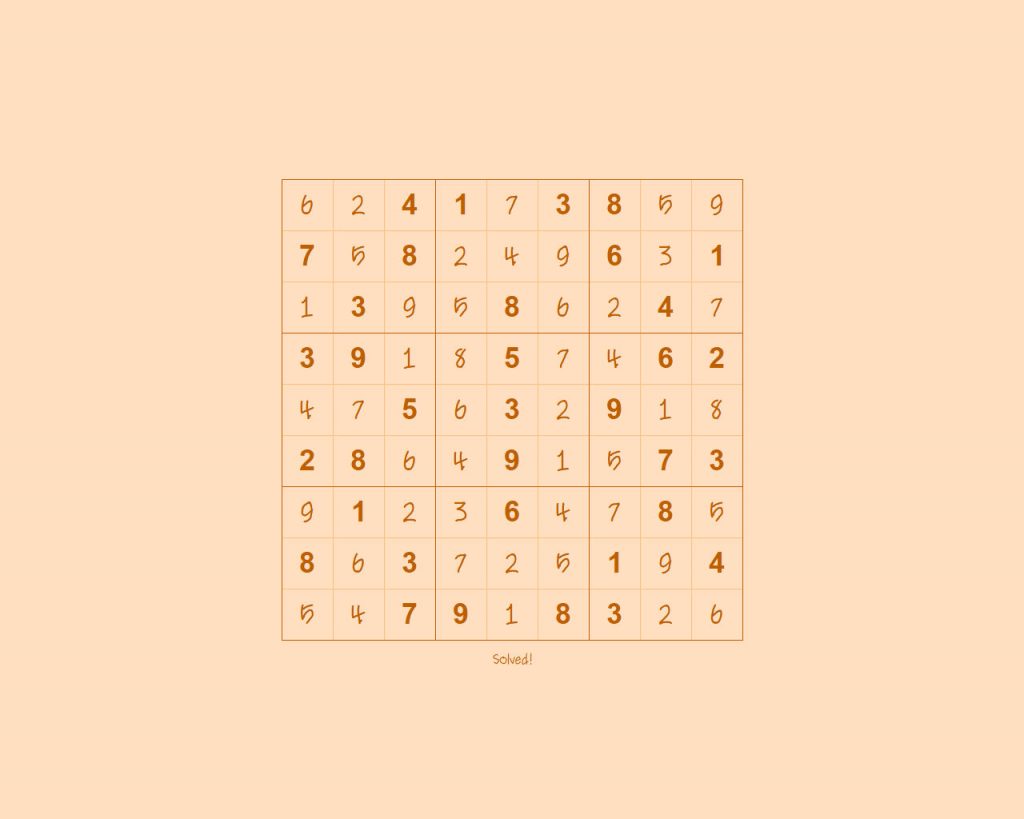 And this is the Plain English routine that does the deed:

Technically speaking, it’s a “recursive backtracking” routine. It tries a number in a blank cell, then calls itself to try another number in another blank cell. If everything works out, we’re done. If we get stuck, it works backward, erasing the mistakes and trying again with a different starting number. It’s fun to watch; you just draw the puzzle on the screen right before each recursive call.

I noticed that there are other articles on various sites that use a similar algorithm, and I thought a brief comparison might be instructive and edifying. Below is a C/C++ equivalent of the above Plain English routine that I found:

I showed the two versions to my wife, and she said, “Kind of makes you wonder why some people say that Plain English is too verbose!” So we did some counting: