One of these pictures contains a hidden message 83 characters long: 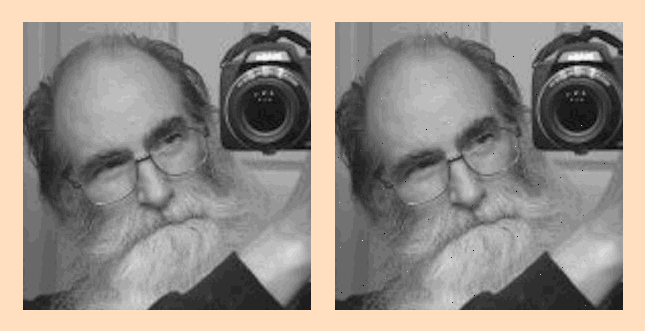 Externally and internally, however, they are both very similar. Externally, they are what you see above. Internally, each of them is just a very long string of characters, where each character corresponds to a pixel in the image. There are just 27 allowed characters (numbers 64 to 90 on the ASCII chart):

“@” means black, and “Z” means white, with the letters in-between representing increasingly lighter shades of gray. The definition of the image on the left looks like this in our program:

The cipher is a string equal to “NNNNNOOOOOOOPP…”

And this is the routine that we use to encode a message into a cipher image:

To get the message back out, we use this routine:

So let’s find out what that hidden message says. Here’s the test routine: 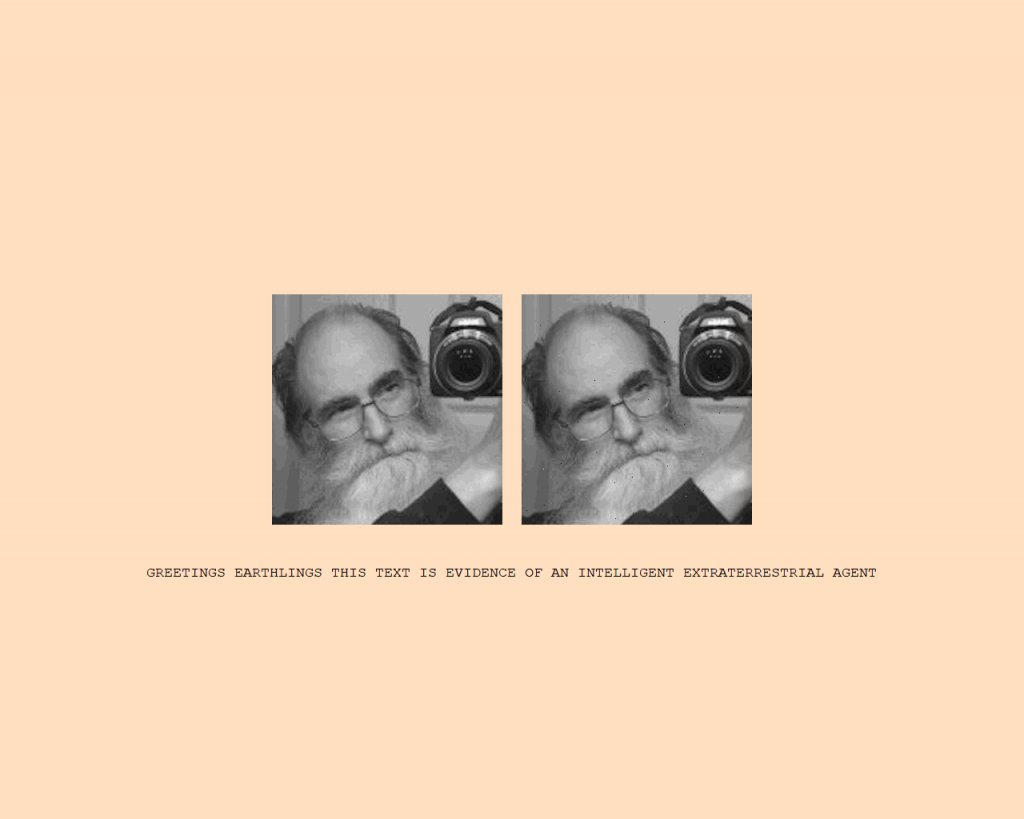 If we want the “defects” in the encoded cipher to be less noticeable, we can use a shorter message or a larger picture.

On a personal side note, I must say I’m struck by the quality of the images. After all, we’re using a trivial data structure (a string) and only 27 shades of gray. Who wudda thunk?