Our goal in this exercise is to find a reasonably short route through an arbitrary number of cities splattered, randomly, on a map (or in this case, on the screen). We begin with just two Plain English type definitions:

A city is a thing with a number, a spot and a visited flag.
A nearest neighbor is a city.

Then we create a list of five cities at random locations on the screen using this routine:

To create some cities:
Put 5 into a number.
Make a box 1 inch smaller than the screen’s box.
Loop.
Pick a spot anywhere in the box.
Allocate memory for a city.
Put the spot into the city’s spot.
Append the city to the cities.
Subtract 1 from the number. If the number is 0, break.
Repeat.
Put 1 into the cities’ first’s number.

The starting city is at the top of the list and is marked with the number “1”. When we draw those cities on the screen they look like this: 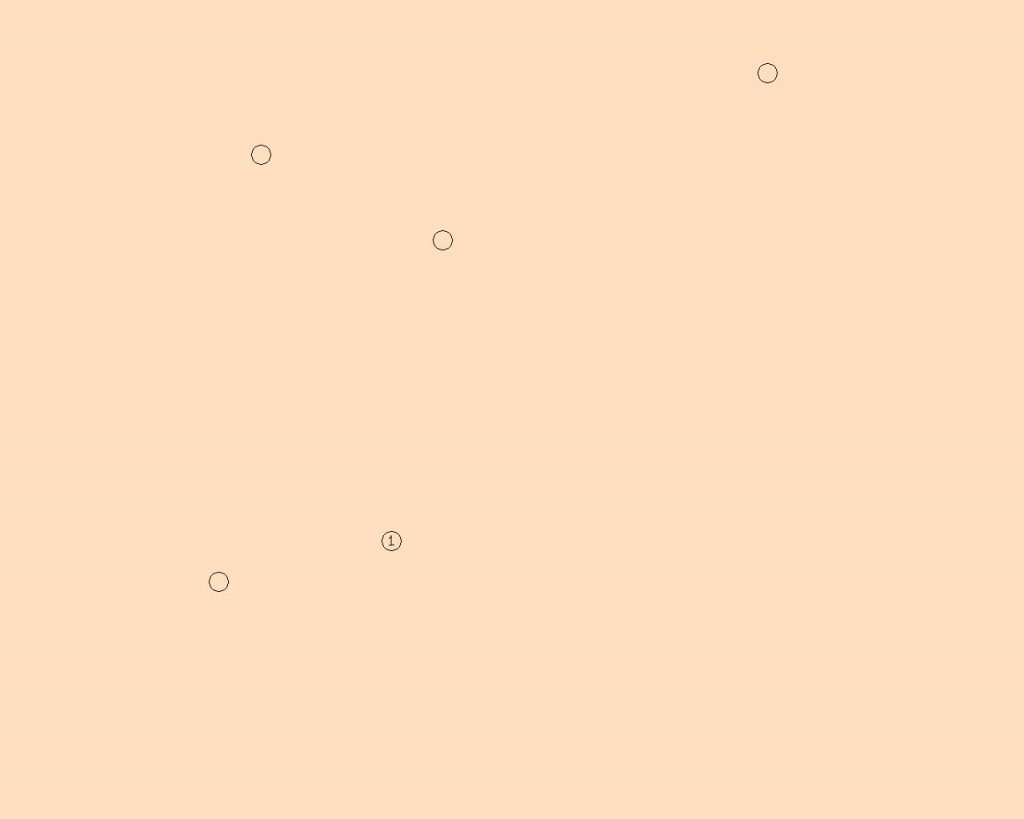 Then we arrange those cities into a reasonable sequence for the travelling salesman. We do this using the Nearest Neighbor algorithm. It doesn’t guarantee the shortest possible path, but it is very simple and very fast and produces a reasonably short path through the cities. Great engineering seeks a balance between competing objectives.

This is the Plain English routine that implements the Nearest Neighbor algorithm:

Finding the nearest neighbor of a city requires calculating the distance between the current city and all of the other cities, which is accomplished using this routine:

Since we Osmosians don’t believe in transcendental functions (like sine and cosine), we calculate the Minkowski distance between the cities using this simple and speedy routine:

Once the cities are arranged in a proper sequence, we can redraw the map like this: 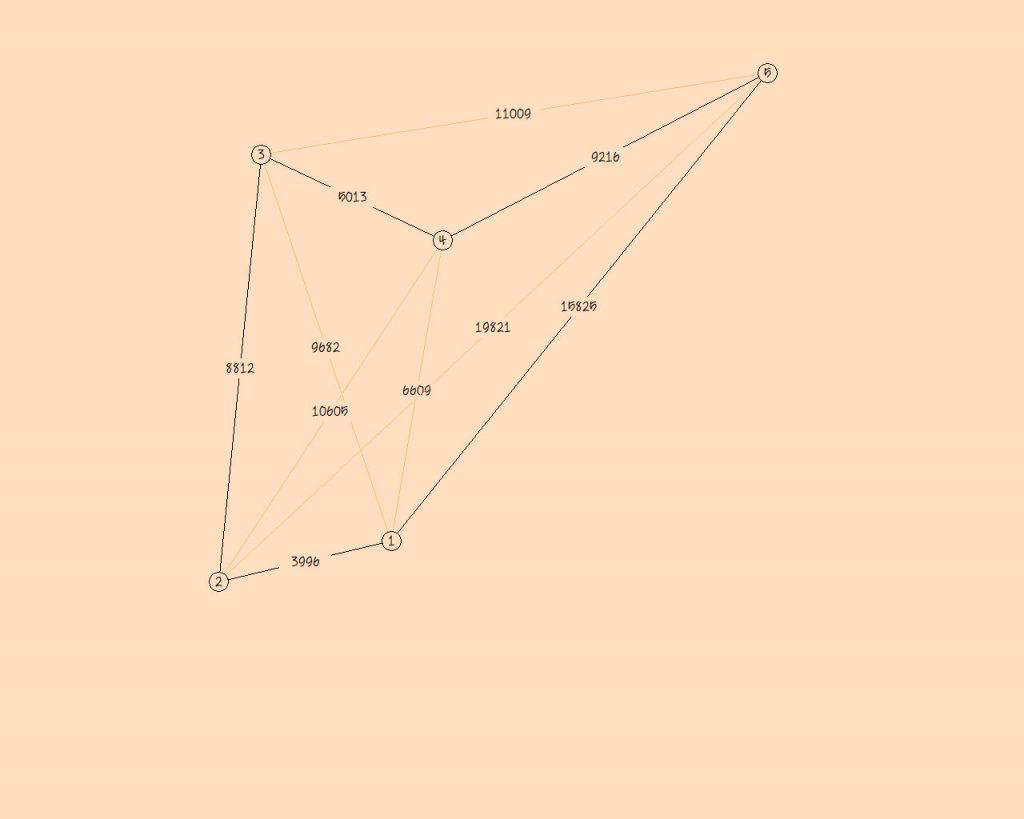 And that’s about all there is to it. But before we go, let’s see what it does with 99 cities (the biggest number that will fit inside a city circle on the map). I eliminated the intermediate lines and the distance numbers for this test to keep the screen from getting too cluttered: 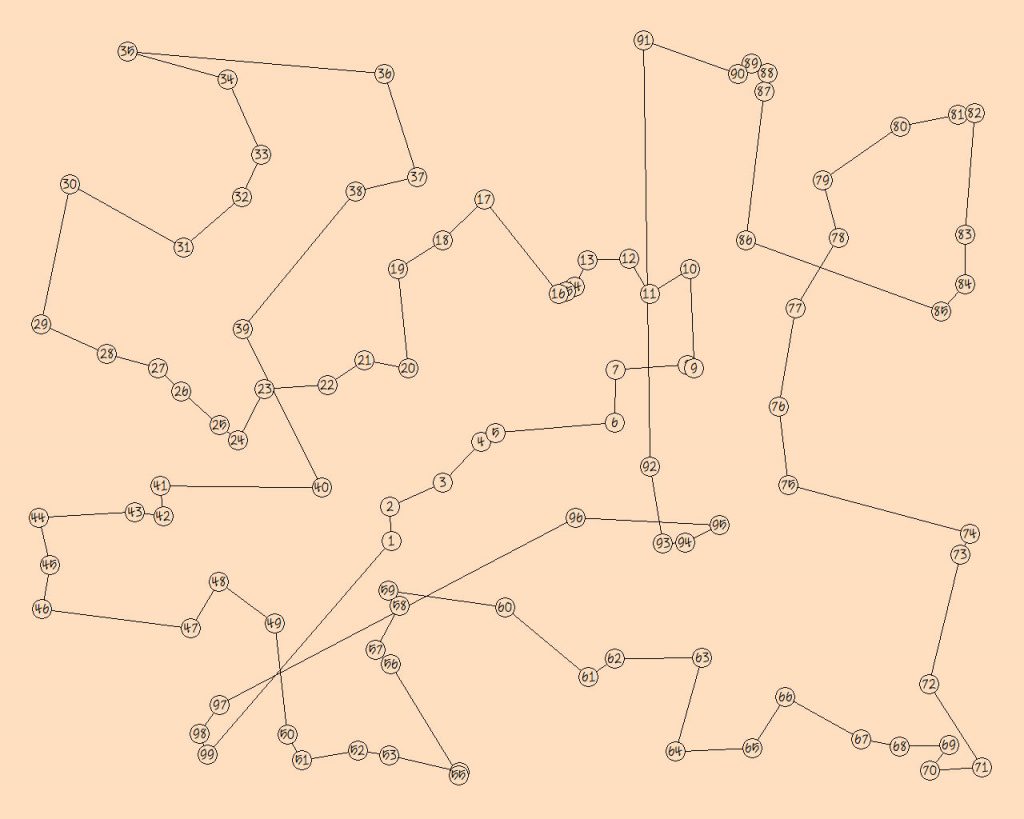 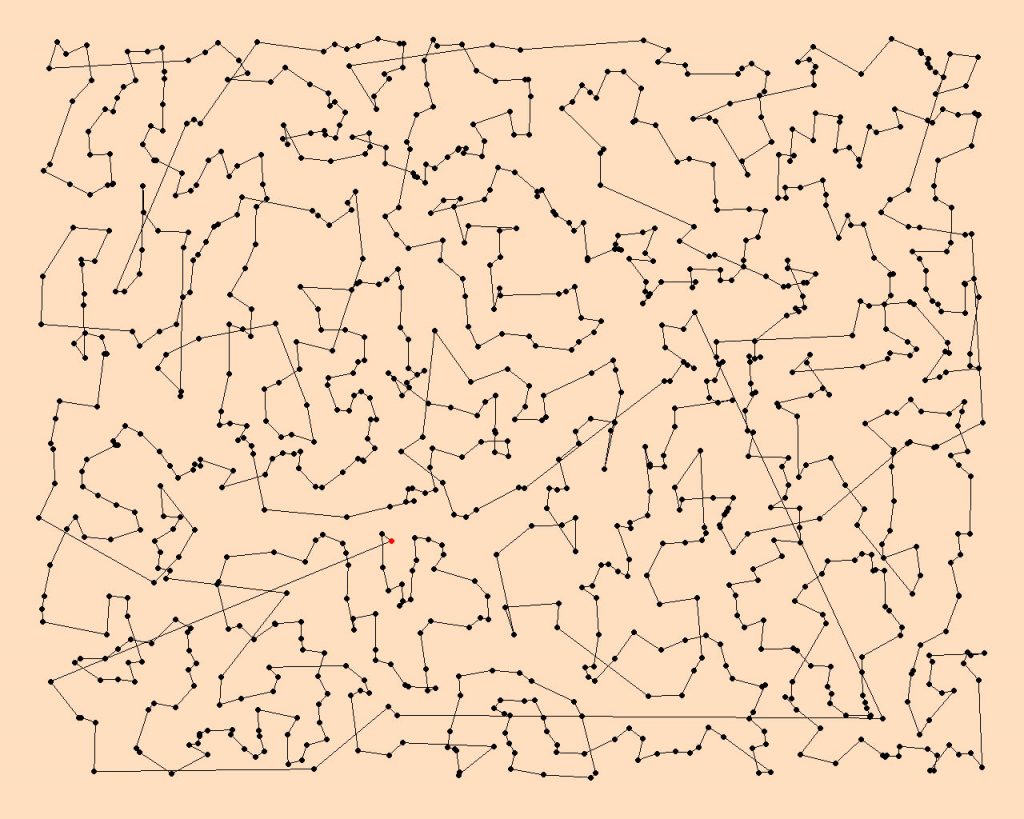 …but you can see it got lost a couple of times. But who knows? Maybe our salesman likes a long, quiet drive now and then, to collect his thoughts or listen to the radio.