When a programmer asks for a a series of random numbers, he typically doesn’t want truly random numbers. What he generally wants is numbers that are evenly distributed over a given range, supplied in an unexpected sequence.

Plain English’s random number generator is a hybrid of English and Intel x86 machine code (for speed). It uses a “seed” that is initialized to the system’s tickcount when a program starts running. The seed can be set by the programmer to a specific value if he wants the same sequence of numbers to be generated with each run. This is the routine:

Everything following a backslash to the end of the line is a comment. Comments appear in a different color than “code” in our editor so they can be easily ignored. (The colors in this article are reversed.) The algorithm is essentially the same as the linear congruential generatorthat was used in Borland’s Turbo Pascal.

Now here is a program that illustrates exactly how uniform a distribution that routine generates:

And here is what we get when we run it: 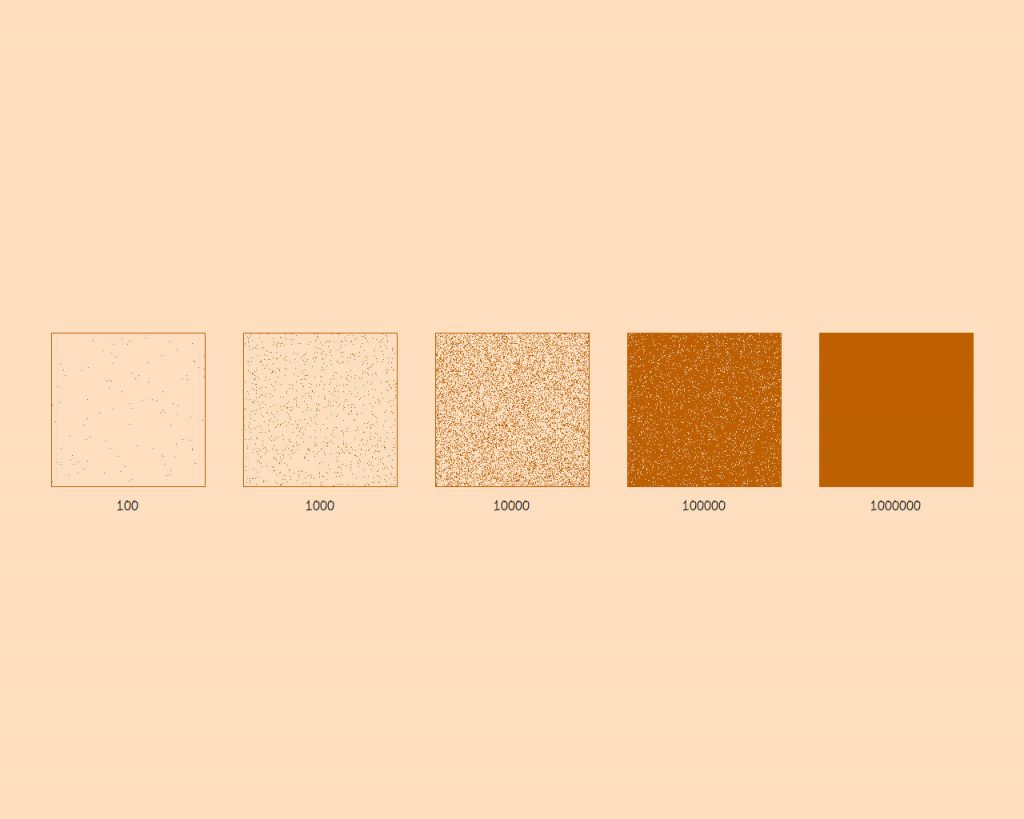 You can see that the distribution is reasonably uniform in each case. Plain English uses a 96 pixel-per-inch resolution, so a 2-inch square contains 36,864 spots. It takes many more iterations than that to completely fill the box, however, because the random number generator sometimes returns a number more than once. It returns fewer duplicates, of course, when the range (the size of the box, in this case) is larger. Just 10,000,000 iterations, for example, was enough to almost completely fill my entire, 1,310,720-pixel screen.